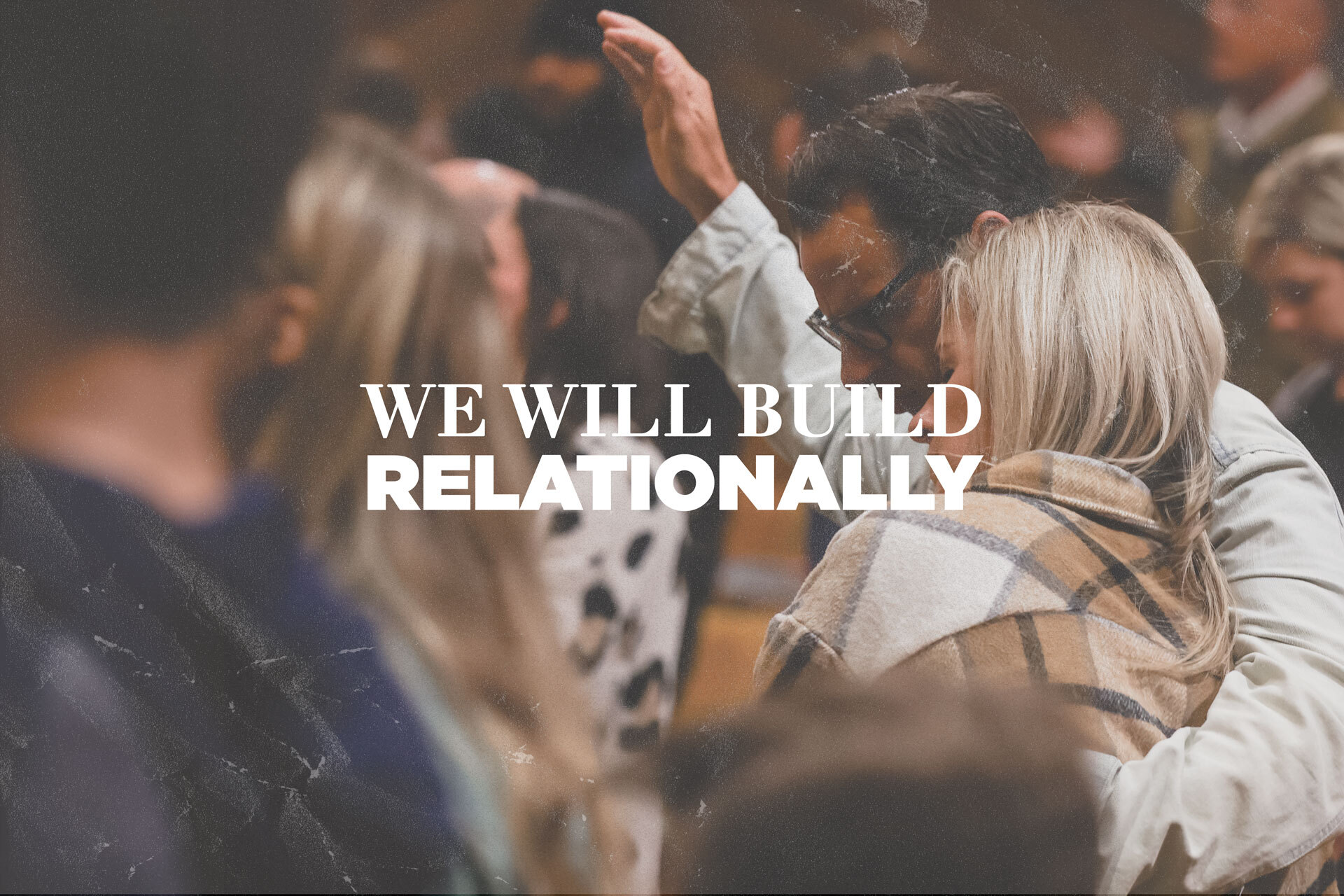 In the kingdom of God, there will always be areas of need and service. However, we want to create a value system where relationship leads to service NOT service leads to relationship. In orphan culture, people are seen as objects and dehumanized in order to use them to get what we need done. In kingdom culture, people are seen as real human beings who have emotions, struggles, and are valued for who they are. Orphan culture thrives on performance and “the show must go on” mentality. It seeks out the most gifted and talented individuals who often times are attempting to use ministry to find their own worth, value, and significance. Kingdom culture thrives on relationship whereby we become a family who all contributes to the needs of the community as they come. Kingdom culture refuses to sacrifice its DNA of relationship and family to meet every need and demand of those attending.

In kingdom culture, new volunteers are asked to first join the church family, get to know our values, build relationship with department leaders and pastors, and THEN be given an opportunity to serve. Love and relationship must come first, not the other way around! We must heed the words of Paul to know those who labor among us and not be hasty in giving people positions of leadership who we really do not know. 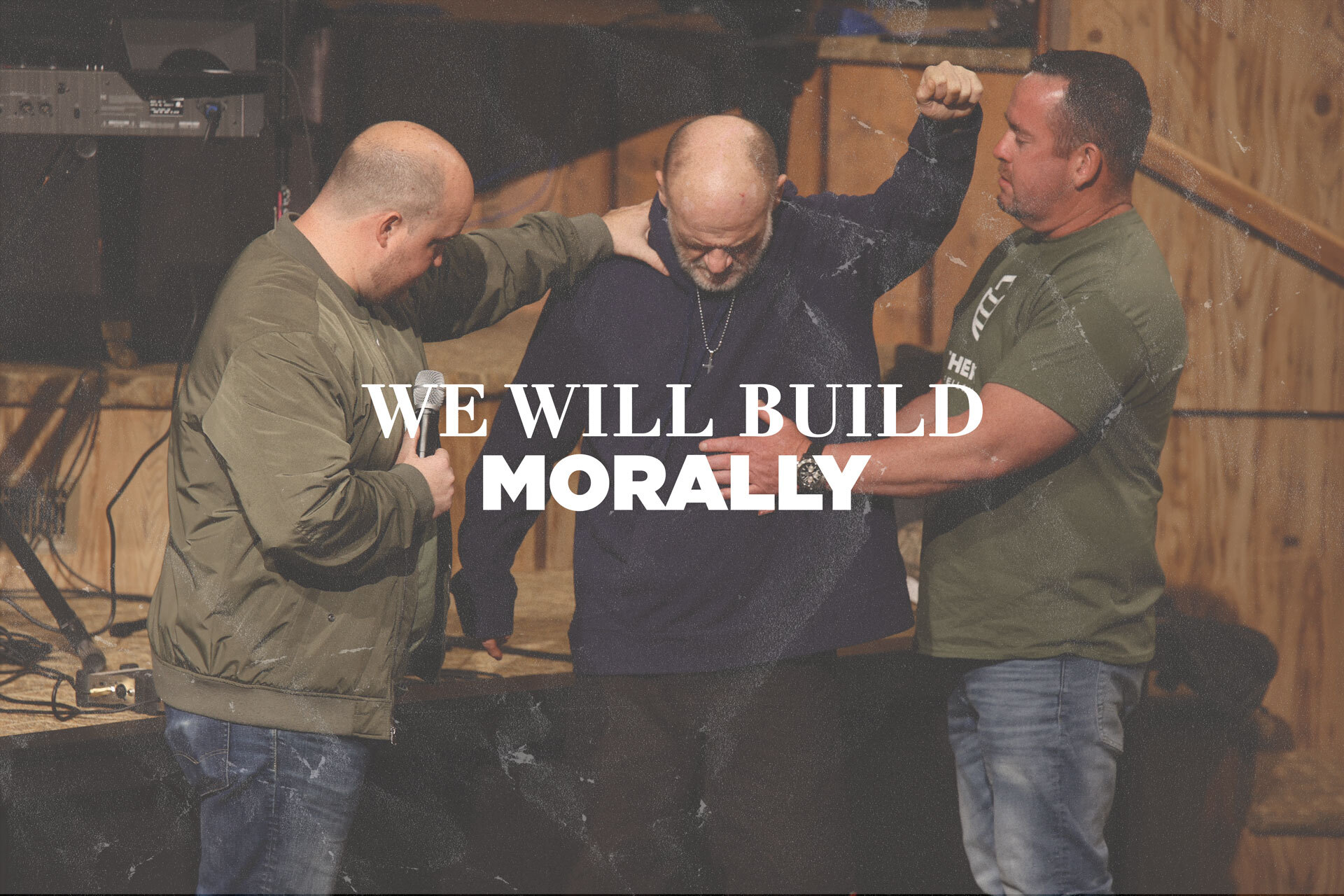 In kingdom culture, there is a clear standard of morality according to the Scriptures that leaders and those who serve are required to live by. We do not walk in purity with the motivation to be seen by men but rather to humbly please our Father in Heaven. In orphan culture, gifting, charisma, and even need is valued over morality. It overlooks character flaws and red flags in order to keep the ministry machine going. While no one is “perfect”, those who desire change and genuine repentance will bear forth tangible fruit in their lives. Building relationally will help to make sure we are also building morally. People will always best receive correction through relationship.

At The Ark Fellowship, we not only want to establish a relational model of kingdom culture but also one where there is a clear standard of morality. As volunteers, staff, and leaders, we need to make sure that our own personal lives and families are in alignment with these values. We cannot ask of people what we ourselves are not willing to submit to. We also cannot call a generation of young people (kids, youth, and young adults) to holiness and righteousness when our own kids living in our homes are not living godly lives.

For example, in kingdom culture, my role as the worship pastor, media, kids, youth pastor etc is not only to ask those serving on my team to commit to walking in a relational context together but also a moral one. This will require hard conversations, sometimes awkward questions, and a commitment to honor the Word of God in all we do and say. 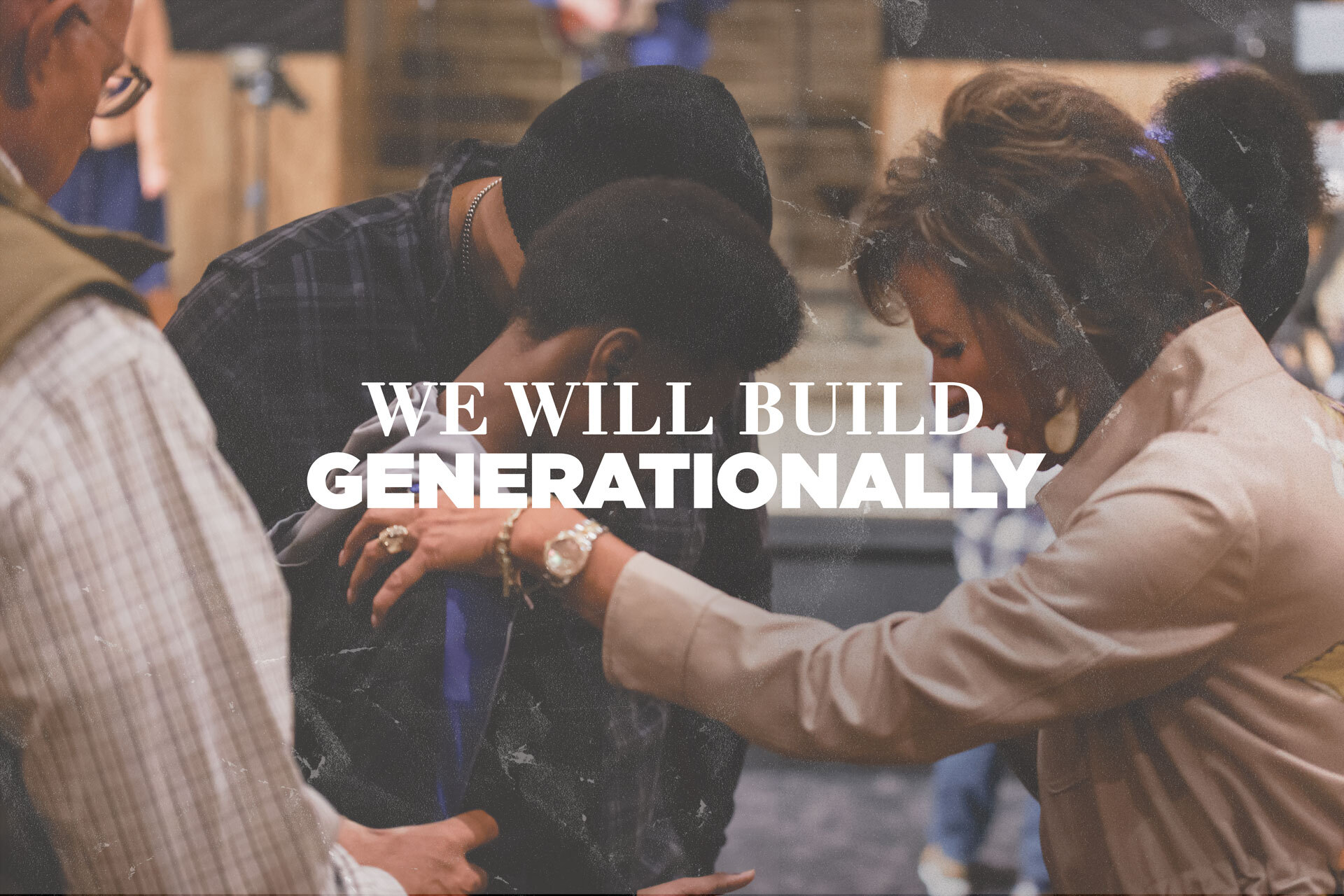 The promises in the Old Testament were from the God of “Abraham, Isaac, and Jacob”. Every true revival must span three generations. The blessing was, “to you, your children, and your children’s children.” At The Ark Fellowship, we want to model generational blessing in all that we do and say. We want each church department that we build to be a reflection of multiple generations serving together for the work of the gospel and edification of the saints. We believe only hanging out with people your own age is a form of self-worship. 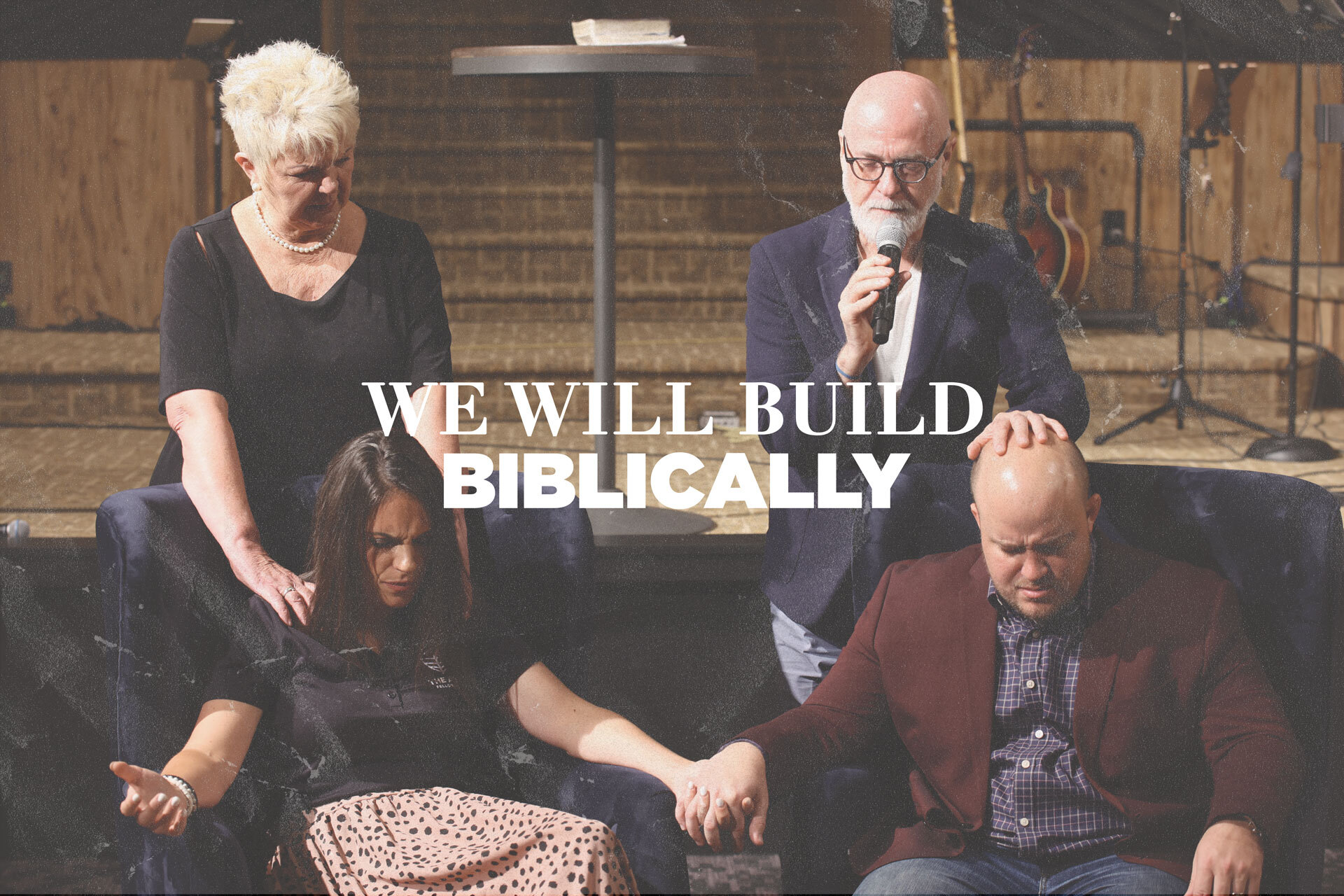 The Ark Fellowship is being planted by Jeremiah and Morgan Johnson. Our role will be apostolic in nature as we have a primary mandate from God to make sure Jesus Christ is laid as the foundation of the church, teach biblical doctrine, cast vision, advance the kingdom of God, disciple leaders and staff, and pioneer in the months and years ahead. As we function in this capacity, we will begin to identify a core group of people we have built relationship with, who demonstrate servant’s hearts, and have a healthy marriage and family.

At the right time, this core group of people will be ordained and have hands layed on them as deacons at The Ark Fellowship. These men and women will have the responsibility of functioning as servants of the people in various capacities and responsibilities.

Over time, some within the deacon group will be identified by Jeremiah as those who could potentially be elders of the flock in the future. There will be a process during this time where Jeremiah and Morgan will begin to disciple these couples into the roles and responsibilities of biblical eldership and prepare them to shepherd God’s people together.

Once the elder team has been approved, Jeremiah and Morgan will lay hands on them and ordain them into office. There are only two “offices” in the New Testament which are deacons and elders.  As this process becomes complete, a final step will be taken where Jeremiah will begin stepping aside from his role of primary visionary and transition into an apostolic oversight role of the elder team and The Ark Fellowship. Once this happens, Jeremiah will go back to primarily focusing on travel, writing, and overseeing the church. He will be relieved of the primary preaching/leading role he plays in the early months and years of the church plant. 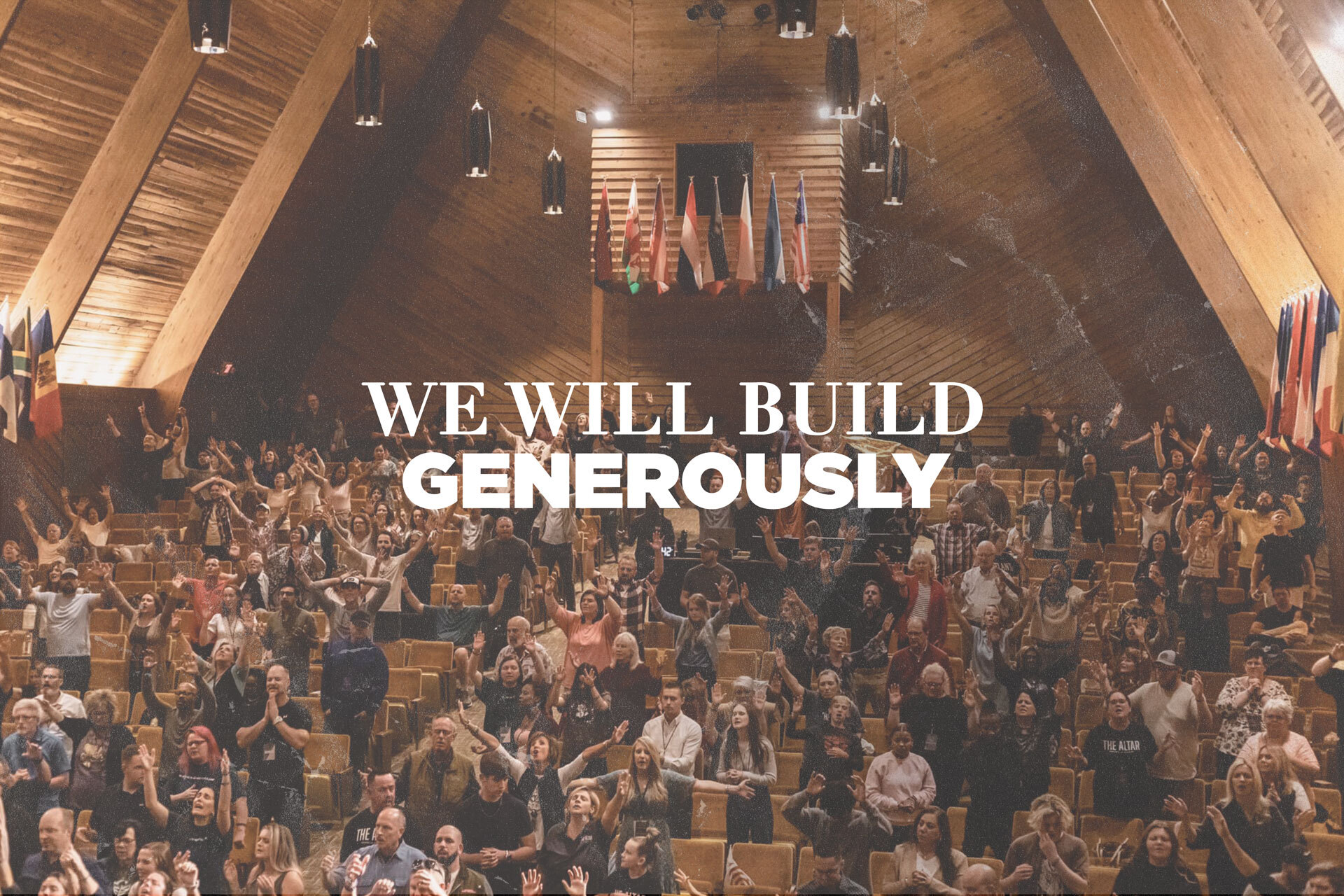 The Ark Fellowship believes that tithing was an Old Testament principle that Jesus Christ and the apostles built upon in the New Testament. We encourage our members to tithe as a basis for their giving, but we believe in operating in a spirit of generosity rather than tithing as a command. When the grace of God begins to work within us and through us as New Covenant believers, giving ten percent (tithing) no longer becomes the maximum but the minimum that we should joyfully sow into God’s kingdom. In the books of Acts, the first century church did not just tithe. Rather they clearly operated in a spirit of generosity as they sold possessions and took care of the needs of those in the community.

In Matthew 8, Jesus sits directly across from where the people gave to God and took note of the exact amount they gave. Clearly, Jesus not only sees what we give but also measures what we give by our heart posture and ability to create wealth. We must remember that we are never more like Christ than when we are forgiving and giving.

In the words of Robert Morris, “There is no greater adventure on earth than simply living the life of generosity and abundance that is available to all of God’s people- but that so few ever dare to live. It is a journey of reward. It is the blessed life.”